“The bull caught him drawing his bow, but he quickly made a beautiful shot and the rest is as they say, history. A great morning… but little did we know that it was just getting started.” – CORY GLAUNER

Cory and Russ hunted hard, and for the most part came up empty until one magical morning in the elk woods… Bowhunting for elk here in Idaho is a tradition for the Outdoors International team, and the 2011 season was no exception. We were up early and rode the 4-wheelers to the end of the road before light and took off on foot from there. As soon as I got to the top of the ridge I spotted multiple bulls working cows and the mountains were ringing with bugles. We made a quick game plan to get down into the canyon to intercept them on the way to their bedding area in the thick timber. It took us about an hour to work around to where we needed to be and we were hearing bulls bugle the entire way.

We decided that I would go set up on the closest/hottest bull with Russ calling and Trevor filming us.

After about 15 minutes of calling we could hear the bull coming in above us. At this point I was out of the game so I just sat back and watched the show. The bull, which was a small six-point came into about 30 yards from and began destroying a small pine tree, but offered no shot through the timber. For about 20 minutes, he tried in vain to find a shooting lane, but just couldn’t quite get it. Frustration was starting to set in, but Russ finally got the bull started his way again with his customized call

, and stopped him perfectly at eight yards with a high-pitched squeal. The bull caught him drawing his bow, but he quickly made a beautiful shot and the rest is as they say, history. A great morning… but little did we know that it was just getting started.

We thought we were done, but more bulls were on the way in!

We sat down for high-fives and re-telling and decided that since we could still hear bulls bugling further up the canyon we might as well go try for another one.

After a short walk, Russ and I set up again. Within minutes we could see two bulls moving through the timber at a trot coming in to our calls. Russ and I got ready, but as they came out we saw that they were both raghorns and nothing we wanted to shoot so we sat there and watched as they went by us at TWO YARDS! It was super cool, and the best part was we got it all on film. Later that same morning we had a spike called into 15 yards, but once again passed. We only got one elk that season, but that morning more than made up for it.

NOTE: This was a DIY hunt, but we have an outfitter that operates in this same area. 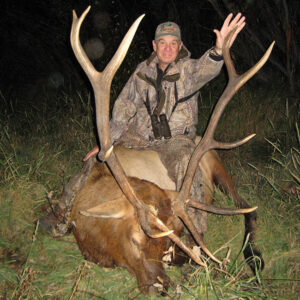 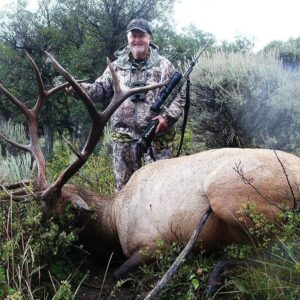 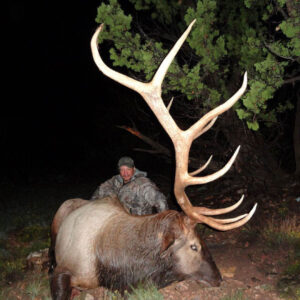 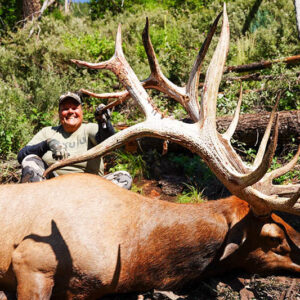 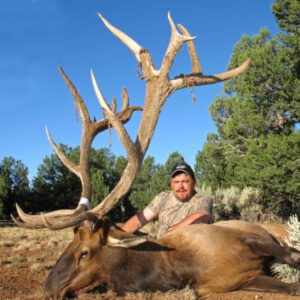 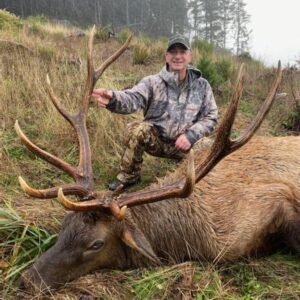 10 thoughts on “Magical Morning in the Elk Woods”