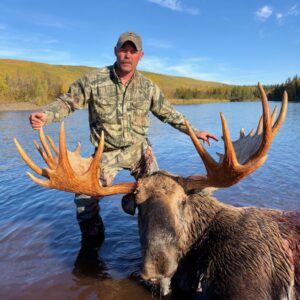 Our outfitter/transporter in the McGrath area of Western Alaska has some great custom unguided float hunts. On this self guided Moose Hunt in Alaska, you’ll be dropped off in a remote camp along a river with a boat and motor. You’ll be responsible for setting up your camp. Once a bull is down  you call the outfitter and a plane is sent to retrieve your meat once it’s been broken down and ready to leave the field.

Moose season in Western Alaska is only 20 days, and these drop camps are limited to insure low pressure and stable, high moose populations.

The outfitters planes are in McGrath the entire moose hunting season to keep these 10 day unguided moose hunts moving, and on schedule when the weather allows flying. With his own planes, boats and concession, the outfitter does not have to rely on others to insure that your hunt goes as planned. On the unguided, fixed-camp hunts you will dropped off along a river with a boat and motor. You set your camp and hunt the area surrounding camp.

On a typical day, you’ll rise early, eat breakfast and hunt the mornings, calling and working the river or area sloughs. Midday can be spent resting and calling from a stationary vantage point or location near camp. Hunt again hard in the evening when moose are more likely to be moving and responsive to calls. Use the boat and motor to access areas along the river near camp and change locations as animal movement dictates.

Patience is often the name of the game on a self guided moose hunt in Alaska.

As the weather and rut activity changes during the hunt, the moose activity and movement will as well. The area holds a high population of moose and a good number of legal bulls so persistence and hard work are regularly rewarded with big bulls. Once an animal is down you call the outfitter and a plane is sent to retrieve your meat once it’s been broken down and ready to leave the field.

Most of our hunters make it a combo hunt by purchasing bear and wolf tags.

If tags are pre-purchased, hunters can also take black bear, wolf and wolverine at no extra charge. If you tag out early, you can call for a pick up. The outfitter will work to get you out of the field as weather and scheduling allows. Once back in McGrath there is logistical assistance to arrange butchering, expediting and transport of gear and trophies.

If a self guided moose hunt in Alaska sounds good to you, contact us today. 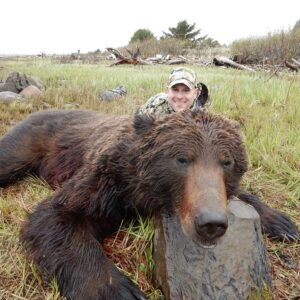 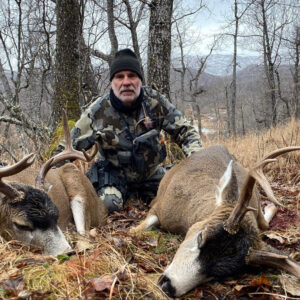 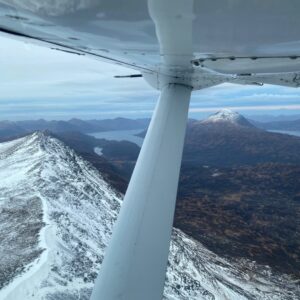