Iowa deer hunting is considered by many hunters as the heavyweight of Midwestern whitetail states. Iowa ranks #2 according to both the Pope and Young and Boone and Crockett records, even though it gives out the least amount of tags of any other state excluding Kansas. Many hunters consider Iowa to be the best state in the Midwest for trophy whitetails.

No rifle hunting is allowed in Iowa. This state only allows shotgun, muzzleloader, handgun and archery seasons.

The archery hunt is possibly the best whitetail deer hunting in the world, but it has gotten very difficult to draw a tag (but it’s worth the wait). Because it’s become so difficult to draw an archery tag, the gun hunts have been exceptional because some farms go nearly un-hunted until the firearms seasons. Hunter safety certificate may be required if born on or after January 1, 1967.

Iowa hunters are chosen by a draw system, and they do have preference points. 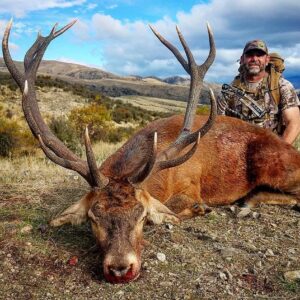