From the exotic Arctic region of Quebec’s Far North to the farmlands just outside of Montreal to the whitetail mecca that is Anticosti Island on the eastern side of the province, all regions of Quebec offer exciting, affordable hunting opportunities.

For non-residents in Quebec, the use of an outfitter is required to hunt big game. Compared to hunting moose elsewhere in Canada, Quebec adventures can be a good value.

Black bear are plentiful throughout Quebec. Quebec is among the only easy “drive-to” locations for spring bear hunting in the eastern half of North America. Quebec offers great spring hunting seasons in May and June.

While whitetail hunting opportunities are to be found in many of the southern and eastern regions of Quebec, the most popular and well-known deer hunting in this province is on Anticosti Island. Thousands of hunters make the trip to the island each season to experience deer hunting unlike anything anywhere else in North America. 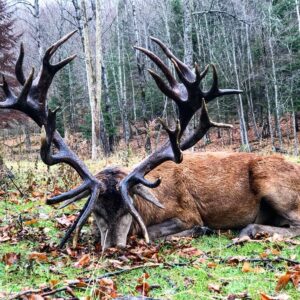